Skip to content
What is a mobile phone? How do we ascertain the benefit of a mobile phone? There’s currently a lot of noise going on about ‘smartphones’ and which is the best. And most of the time, the Apple fanatics seem to be the loudest. But in a world of over 6 billion people, the story is very different when one steps out of their comfort zone.
The real value of a mobile phone is not the shiny icons that comes with it, but it’s ability to transform lives, add value to the lives of the less fortunate. The following videos show when real phones, not expensive iPhones or Androids, but very low cost phones, help transform lives.
Next time when you take out your phone and want to brag how nice your shiny icons are, remember that there are very low end phones doing amazing things out there. Let’s also give credit to the companies that produce affordable phones that meet the budget of everyday people like those in the videos. 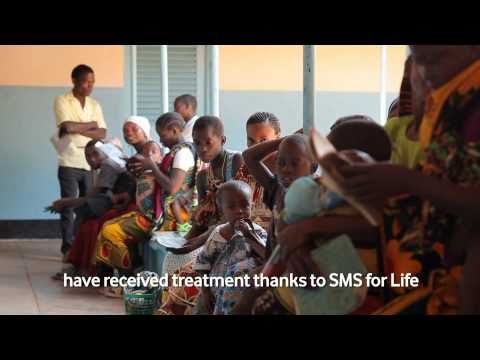 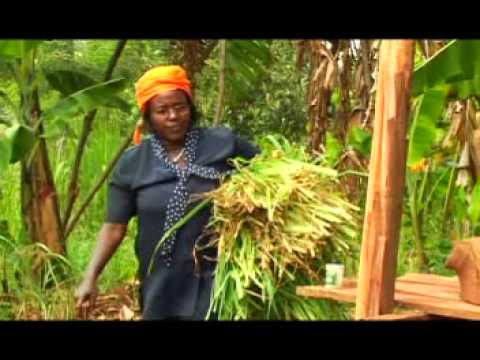 The rich countries have always played awesome jokes on the intellect of the poor time and time again. This time around it is through the meme that has been flaunted around so much as the Millennium Development Goals. I so much have no problem with the targets set in as much as I do with the massive fanfare with which it is being received.
I would not go into the economics of why this ‘project’ is a joke. This piece originally tweeted by William Esterly really brings the point home. Forget about aid and all the other philanthropic overtures. Take away the subsidies that have killed the farming businesses of hundreds of thousands of petty farmers in all poor countries, let there be a little fairness in trading between the haves and have-not countries.
“The biggest success story was textile exports from Madagascar to the US – but the US kicked Madagascar out of the AGOA at Christmas 2009. The excuse for this tragic debacle was that Madagascar was failing to make progress on democracy; an odd excuse given the continued AGOA eligibility of Cameroon, where the dictator Paul Biya has been in power for 28 violent years. Angola, Chad and even the Democratic Republic of the Congo are also still in. The Madagascan textile industry, meanwhile, has collapsed.”
These so called goals that are purportedly  in the interest of the poor are just another way to soothe the conscience of the rich countries who knowingly, willingly and with the connivance of some greedy few who are supposed to be on the look out for the poor have inflicted so much harm on the unsuspecting masses. There is no better way to take a person out of poverty than to create the conducive atmosphere for them to be able to run their own small business.
In Ghana for instance, when you try to set up a business, you suddenly realize how the entire system is against your noble course. Talk of fees, levies, licensing fees, permit fees, regulatory fees, name any kind of fees and evil, state sanctioned extortion, it will be thrown your way. What all these MDG pundits and noise makers forget is that the achievement of these ‘goals’ will automatically be achieved when people are given the opportunity to fish on their own.
Aid was not, is not and cannot be the answer to the overwhelming majority of mankind that is wallowing in knee-grinding, abject poverty. There should be fair trade, remove those subsidies, let the poor countries themselves cut down on their mostly needless and egotistic bureaucracies, let the poor countries not focus hard earned resources on running their mostly large, greedy and highly ineffective governments. Then finally, let these poor countries themselves work together and invest like there’s no tomorrow in technology and education.
MDGs are a joke, a big one for that matter on the lives of the already desperate people who struggle to get even a Dollar a day to live by. Spare us the noise. You all know what to do!.
With the introduction of the IDEOS in Kenya, Android is set to make inroads onto the very profitable but undeserved African market of over 850m people. If I was in charge of running a GSM network here, I could make a lot of profits simply riding on the back of Android. Here is how.
You see, the mobile phone has moved from the stage of just a hello gadget to a total service delivery platform. Also, the mobile phone is the sole medium of accessing the internet for a majority of people. A look at the demographics of mobile phone service users in my country for instance, suggests that the majority are the youth who are into “cool stuff,” those who will be willing to pay for better phones beyond Java ones.
Now if I run a GSM network, I’d go into an agreement with any of the Chinese handset manufacturers who have the economies of scale to produce smartphones at reasonable prices preloaded with Android, cutting down on any licensing hassles.
Then, target the youth who are very technology savvy by selling the phone to them through a contract service as is done elsewhere. That’s it. Do not sell the phones for cash upfront but rather spread the cost over a given period, say a year and let the buyers pay through the airtime they buy.
I am yet to meet anyone here who’d not want to buy such a phone under such a plan. Back that up with an intensive media blitz and  you will be on your way to becoming the Apple of Africa. There currently is one network that has this plan but unfortunately sells the Sony Ericsson Xperia with Windows Mobile, and the terms of payment are also not that favorable.
Android has a great potential to expand here and also rake in lots of profits for handset manufacturers and service networks. Which of them will blaze the path?

With mobiles increasingly becoming complete service delivery platforms in Africa, the following report from the Journal of Economic Perspectives written by Jenny C. Aker and Isaac M. Mbiti gives very interesting insights into how this ubiquitous device is impacting on the socia-economic development of the world’s second largest continent.